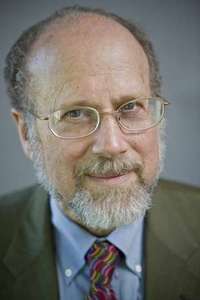 Dr. Jonathan Shay’s work has been instrumental in building public awareness and acceptance of post-traumatic stress disorder, or PTSD, as a serious and bona fide war injury, and his focus on how the military can reduce the incidence of such injury has been influential within the services.

From 1987 to 2008, he was a staff psychiatrist at the Department of Veterans Affairs Outpatient Clinic in Boston.  Treating approximately 200 Vietnam veterans during that period, he became deeply knowledgeable about the psychological trauma that these men had experienced during the war and that they were still reliving.

In 1994, he published Achilles In Vietnam: Combat Trauma and the Undoing of Character, and in 2002, Odysseus In America: Combat Trauma and the Trials of Homecoming.  The books form a comprehensive description of the specific nature of catastrophic war experiences, and how they combine with a number of other critical factors to produce PTSD in soldiers and veterans.

In particular, the books explore the effects on individual human character that disabling psychiatric wounds cause.  PTSD can and does afflict anybody, including the strongest, bravest, and most capable among us.

Because of Shay’s work and the work of others, the more than six million troops who have served in combat since the beginning of the Vietnam War can now seek treatment for PTSD, though many continue to fear that the stigma will affect their careers.

Untreated PTSD results in ongoing emotional pain and suffering, difficulty with families and jobs, self-destructive and criminal behavior, homelessness, and incarceration of veterans at rates disproportionate to their presence in the population.

Dr. Shay has worked closely with the military to implement reforms both in the training of soldiers and in the practices and policies used in actual deployment.  He has collaborated with General James Jones, the past commandant of the Marines, and Major General James Mattis of the Marines.

In 1999 to 2000, he performed the Commandant of the Marine Corps Trust Study, and in 2001 he was Visiting Scholar-at-Large at the U.S. Naval War College.  From 2004 to 2005 he was Chair of Ethics, Leadership, and Personnel Policy in the Office of the U.S. Army Deputy Chief of Staff for Personnel, and in the spring of 2009 he was the Omar Bradley Chair of Strategic Leadership at the US Army War College.  In 2007 he was awarded a MacArthur Fellowship.

Like those who spoke out against the Witch Trials in 1692, it is Dr. Shay’s voice and the voices of others speaking out against injustice that have changed the way that both the public and the military treat a group of citizens, in this case American troops who suffer from PTSD, both while in active duty and after.  Through his work, Dr. Shay has helped make it possible for those who serve in the military and others in the path of war with PTSD to be offered treatment so that they have an opportunity to lead a full life.