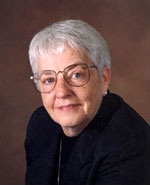 On the day after Martin Luther King Jr. was murdered in April 1968, Jane Elliott’s third graders from the small, all-white town of Riceville, Iowa, came to class confused and upset. They recently had made King their “Hero of the Month,” and they couldn’t understand why someone would kill him. So Elliott decided to teach her class a daring lesson in the meaning of discrimination. She wanted to show her pupils what discrimination feels like, and what it can do to people.

Nearly 34 years later, Elliott reflects upon how the simple classroom exercise she devised the day after Martin Luther King’s assassination has transformed her life. As a schoolteacher, she tried to explain the meaning of King’s death to her all-white students. Riceville was and is today a white, Christian town with a population of about 1,000, none of whom believed there were any racists among them. Elliott devised the exercise—this is not an experiment she emphasizes—in which one-day the brown-eyed children are on top and the next day the blue eyed. “I chose a physical characteristic over which they had no control and attributed negative elements to this characteristic. I had no idea how it would work out. If I had known the enormous impact it had on my students and the community, I would not have done it,” says Elliott.

After her experiment got national television coverage, she recalls, townspeople made threatening phone calls, beat and spit at her children, and boycotted her parents’ coffee shop, eventually forcing it out of business. They feared black people would think that they all thought like her and blacks would think life was good in Riceville and move over there in droves. Her father went bankrupt. Of course, this created chaos within the family. “My mother thought I’d gone crazy and asked me, ‘can’t you just stop with this nonsense?'” She has never forgiven me. “My brothers, self-made millionaires and conservative Republicans, wondered what the hell my problem was.” Her father, however, has never stopped her. In fact, it was his contradictory attitude that made Jane the odd one out in her family. “My father always said, ‘never put a stone on another man’s path’ or ‘justice will never be disadvantageous to man’ or ‘a just cause is a good thing.'” At the same time, he wouldn’t have his daughters marry a black man. I thought that wasn’t right. I was crazy about my father. It’s a shame he was so prejudiced.”

For the next 16 years, Jane did Brown Eyes/Blue Eyes with school children. Since 1984, she has been doing an adult version of the exercise in business training programs and governmental agencies and institutions throughout the world. Elliott’s exercise, initiated in 1968 as a ground-breaking experiment in anti-racist training, has been featured on Today, The Tonight Show, Oprah, ABC News, and PBS’ Frontline. Several award-winning documentaries have been produced (Eye of the Storm in 1970 by William Peters for ABC News; A Class Divided in 1985 by William Peters for PBS/Frontline; a German filmmaker made Blue Eyed, Eye of the Beholder; and in 2000 The Angry Eye; and in 2001 an Australian producer made Stolen Eye.) Finally in 2003, Disney began development of a made-for-TV movie that will star Susan Sarandon as Jane Elliott.

Jane Elliott’s approach is especially relevant today. It demonstrates that even without juridical discrimination, hate speech, lowered expectations, and dismissive behavior can have devastating effects on minority achievement. And Elliott points out that sexism, homophobia, and ageism work in the same way.

Jane Elliott is a leader in the fight against prejudice, ignorance, and racism in society. She continues to teach about the meaning of discrimination, what it feels like, and how it can change a person. She is genuine, down-to-earth, feared, and admired. She will enlighten, stimulate, and challenge you…she is coming to Salem.